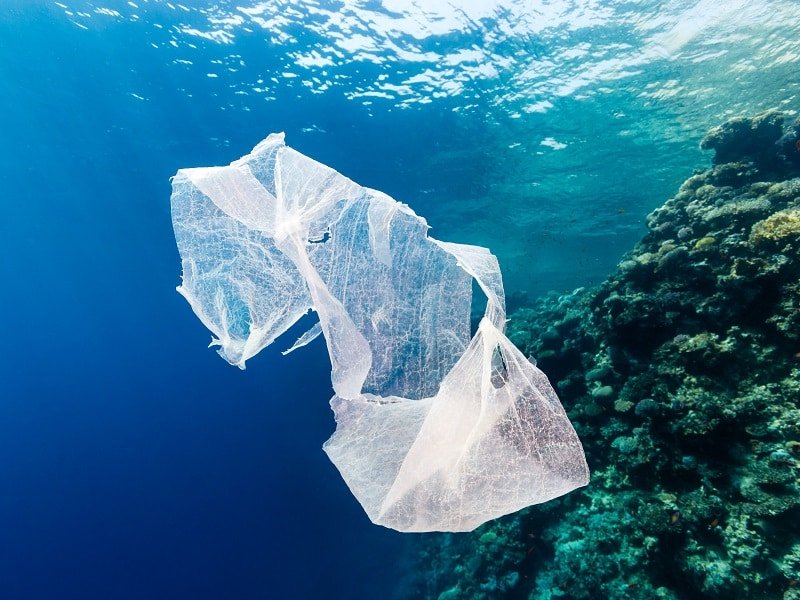 How many times during the day, do you use plastic objects?
If you care enough about the health of the planet and of the oceans, you are probably very careful on plastic usage. But are you sure you are doing as much as you can?
Let’s picture a typical morning of an individual working in an office in the city. Let’s call him Paul and let’s invade a little his privacy.

07:00am. Alarm goes off, Paul gets up and goes for a shower to better wake up. A bit of shampoo (1) and some shower gel (2), rinse it off and 10 minutes after he is out. Looking good in the mirror, but it’s time to shave. Done! As a final touch, a bit of that brand new after shaving cream (3). Some minty toothpaste (4) on his toothbrush (5) and he is ready to go.

Paul doesn’t like to have breakfast at home; he will quickly stop by that café on the way to work. The barman always gives him a take away little cup (6) for his coffee. He knows Paul loves it sweet, so he makes sure that he is not missing a spoon (7) to mix it. Paul walks to work every morning because his office is just few steps away from home.
08:00 am. Paul starts his day in the office.

Now if we quickly check, Paul used 7 plastic objects in just an hour. Some of these objects are used only once and then thrown away. You could easily replace them with objects made of recycling material, like glass bottles. Wouldn’t that be fantastic?

The sum of plastic and waste equals a terrible reality that many people pretend not to see. Huge amounts of garbage are threatening our oceans every day. Dirty and polluted seas mean an unwelcoming place. Therefore, marine life is slowly deteriorating and disappearing. Somehow, some creatures survive in these conditions. But what’s the price they have to pay?

The term sea turtle is probably taking you somewhere sunny and tropical. The term straw makes you picture your favourite drink. Let us tell you the truth.
“Sea turtle with straw”, is not the name of a new exotic cocktail you could order barefoot by the beach. It’s the description of a terrible discovery.
August 2015, Costa Rica. A team of biologists decides to take immediate action when they find a male turtle having something stuck in its nostrils. What appeared to be a worm, sadly ended up to be a 10 cm long straw stuck in the nose of this poor animal.
Not feeling thirsty anymore?

Seahorse and cotton swab…there must be a mistype. Unfortunately, there is no mistake.
This incredible marine creature and this familiar object have something in common.
Late September 2017, photographer Justin Hofman’s image of a seahorse holding on a cotton swab, spread on the Internet. He took the picture in Indonesia and it immediately became the symbol of oceans' pollution.
Behind what could be a Photoshop masterpiece, is just an extremely sad reality.

Don’t worry, we are not judging anyone! #Stopsucking is just one of the numerous movement created to preserve our planet. It focuses on the massive (ab)use of plastic straws in the U.S. but applies everywhere else.
If you want to start some real action, here are few tips for you:
• In the digital era, forget selfies and use your phone for something really cool!
• Even if maths is not your strength, you can surely count to nine.
• Buy a pizza, sit on your sofa and get this movie on!

ONE OCEAN FOR LESS PLASTIC

At One Ocean we recently took a big step towards preserving the ocean. No more single plastic bottles on our boats! During our diving & snorkelling trip, our guests used to receive a bottle of water each. The result? We wasted a lot of water and threw a huge number of bottles away. Therefore, we decided to get reusable cups! Our guests can refill them, as many times as they want, from a dispenser. We are reducing our waste significantly. Moreover, we serve our snacks on large plates that our staff carefully washes after every usage.
We are also selling reusable water bottles if you want to take a souvenir home that can help saving the planet!
Every little action can make a big difference.