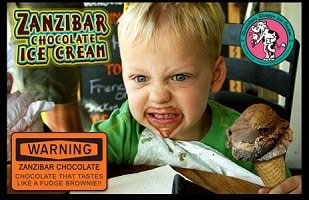 “Something crazy is going to happen now, Charlie thought. But he wasn’t frightened. He wasn’t nervous. He was just terrifically excited” – Charlie and the chocolate factory.

Rightly so Charlie should be terrifically excited. Research leads us to believe that eating chocolate before diving can help with off-gassing and prevention of DCS. Over recent years, divers have been debating the scientific studies of whether eating chocolate before diving is beneficial for us. Most were hoping for positive results and even more were hoping to be part of the test trials…...who wouldn’t want to be fed chocolate then asked to go dive for a study. The main theory is that eating 30 grams of dark chocolate 90 mins prior to diving can prevent endothelium dysfunction, which is an imbalance with the widening and narrowing of the inner lining of blood vessels.

During a dive, the body tissues absorb nitrogen from the breathing gas in proportion to the surrounding pressure. As long as the diver remains at pressure, the gas presents no problem. If the pressure is decreasing too quickly, however, the nitrogen comes out of solution and forms bubbles in the tissues and bloodstream. This commonly occurs as a result of rapid ascents or exceeding our Recreational Dive planned limits. However, it can also occur even when accepted guidelines have been followed. During the subsequent ascent, pressure falls and less nitrogen can remain dissolved in the tissues. As pressure falls the nitrogen diffuses out of tissues and into the venous blood in the capillary beds of the head and body. The blood carries it through the veins back to the lungs for elimination.

The circulatory system plays a vital part in our off-gassing so having it working to its optimum level benefits us greatly with this in relation to diving. Hence no exercise right before or after diving, no smoking or alcohol before diving as well as staying re-hydrated…………and now eating some chocolate will keep those blood vessels flowing well.

You’ve got our permission to eat chocolate before diving, but a little bite goes a long way. An average chocolate bar is 40 to 45 grams, or about 1.5 ounces. According to the studies, ingestion of just 30 grams of dark chocolate one hour before diving can prevent something called endothelial dysfunction. Endothelium cells form an inner lining in blood vessels, where the presence of NOS and inflammation factor into the body’s ability to process substances going to and from the blood and body tissues. NOS hinders bubble formation. Simply stated, properties in dark chocolate help with off-gassing and prevention of DCS.”

In Stone Town we have our very own chocolate store, House of Kakao, promoting locally produced chocolate products from Tanzania. Before you go exploring the amazing reefs of Stone Town call in for a sample of their chocolate and maybe buy some to help with that off-gassing.